“Twinkle twinkle little star, how I wonder what you are”-  everyone has heard of Jane Taylor’s ‘The Star’ poem from the 18th century and wondered what they are and what they will find once they go there. Sure, no one has ever gone there so far, but the mysteries of the dull white dots in the sky have surely dazzled all generations.


Even if we can’t go there, at the very least, we can store pictures of them. From Galileo’s discovery of the telescope to the latest James Webb Telescope, humans have been keeping pictures of these heavenly bodies. But we do not live in the middle ages or have the equipment of NASA, so how can you photograph the sky in the dark today without noise or with most details? This is where star tracker comes in.

What is a star tracker in astrophotography?

As mentioned earlier, a star tracker camera mount is a common tool professional astrophotographers use to capture clean, colorful, and detailed images up in the sky. So, what is a star tracker?


A star tracker is a motorized, equatorial mount that is fitted on top of a tripod but beneath your camera. The job of a move shoot move star tracker camera is to follow a fixed point in the sky- be that a star or planet- as they move with the rotation of Earth.

Astrophotography requires a long exposure time so that the camera can take more light. This would not be a problem in the case of Earthly objects like mountains or buildings as they do not move. But the heavenly bodies of the sky do move. A long exposure will result in a trial.


Star trails are sometimes useful for astronomers, but that is not always the objective of the astrophotographer. But when you want a sharp, detailed Astro image of the sky, you use a star tracker.

We have talked about what star tracker has to offer in simple words. But that might not tell you the whole story to the professionals. In technical terms, let us look into the advantages of a star tracker.

Remember, to produce mesmerizing astrophotography of the sky full of stars, you need all these 3 factors to contribute. Using these benefits, professionals produce mind-blowing night sky photographs that you find online.

Notes on using a Star Tracker for Camera

It is not always bread and butter every time when producing astrophotography. Just using a Star Tracker will not produce those beautiful images of the sky. Here are a few things to keep in mind if you are aiming to be an astrophotographer.

Know how to use Photoshop

One exposure is not enough when you are taking a shot with a star tracker. The foreground will be blurry as the camera moves with the movement of the star. So, you take two photos- one for the foreground and one for the sky.


A complete photo is produced when you combine the two. How can you do that? You must have a working knowledge of photoshop to do that.

If you align just any star with a star tracker, you might not receive the desired outcome. There is an unwritten rule that professionals use while taking images of the sky- Always point it to the stationary star in the sky.

Since the shooting exposures are several minutes long, without sturdy tripods, your image will be ruined. If you are taking the shot outdoors, even the winds can cause a disturbance. Some tripods have a hook under the center column. For those tripods, add some weight to them to help your camera remain undisturbed by the wind.

How to Set up a Star Tracker Mount for Camera?

Now that you have learned the basics of a star tracker mount, it's time you learn how to kickstart your astrophotography with a star tracker. Even when professionals create tracked Milkyway photography, they have to first get their star tracker ready. So, let us look into the 4 steps you can set up a star tracker.

After these 4 steps, you are ready to align it with a star or take a test shot to see whether you have the desired outcomes.

Star Tracker is an amazing tool for you if you wish to take Astrophotography. But remember, it is not a must, and you will still be able to capture beautiful, sharp images of the Milky Way in a good climate. With a star tracker, you will take the game to the next level.

It's lightweight, and very small, although it has a lot of components that might get lost in the dark, and the initial set-up wasn't easy. I would appreciate a more detailed description of the set-up.

I
Ivar Schiager (Drammen, NO)
Great and precise

With the polar scope with right angle viewfinder and laser it is easily polaraligned precisely. I recommand the use of v or z mount for the ballhead.
Tracks very well. 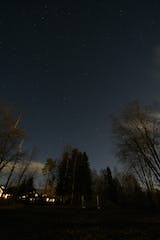 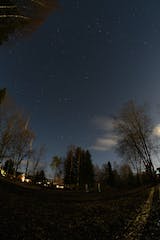 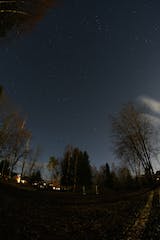 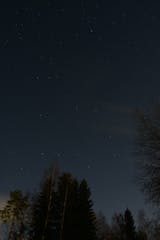 I use the star tracker with the cell mounting and the results were perfect even with 2 minutes exposing. No star trail and a perfect result.
Strong recommended for use and get wonderful results.

Say no to star trails in a compact, portable footprint!

A
Alper Tonga (Vienna, AT)
Very easy to use and compact

With MSM, I'm no longer limiting my exposures. I like the results, having sharp stars in my photos. Highly recommended.

Can’t say enough how easy this tracker was to set up. First time setup took 10 minutes. Turned on the tracker, setup for north, pointed the laser to the North Star , setup my camera for ISO 500, time 5 minutes and started shooting. DONE. You can’t beat the results for the price.

MSM works for me. I haven’t used other trackers. Like the size and function.

On first impressions the tracker appears compact, sturdy and neat.
It can certainly hold my Olympus EM1 Mkiii and 7-14mm zoom lens.
I was pleasantly surprised by the laser pointer and how easy it was to set up with the pole star.
The z plate has been well machined.
Although a nice touch, the inclusion of the mini tripod is unlikely to be used, but thank you.

When i ordered it i had my questions to the new approach of the star tracker with the added bonus of being able to capture time lapses, star tracker hit rate is roughly 80% i am yet to test the timelapse function tho.